Christian Grey Hawkins is an illustrator, artist, and mountain-lover from Denver, Colorado, who has also lived at the Grand Canyon and in Oakland, CA. His experiences growing up as a seventh-generation Coloradan have shaped the texture of his work. The mediums he most enjoys working in are gouache, ink, and charcoal - though he also practices screen printing and etching. Christian was one of 25 prize winners out of 8,000 entries in the 2016 Society of Illustrators Student Scholarship Competition, and has had his work displayed in shows at galleries such as Helicon Gallery (2015), Redline Gallery (2011), and at the Denver Art Museum (2011). In his spare time he draws, camps, draws while camping, takes photos, and tries to keep his 1968 Ford Falcon - named Flint - running. 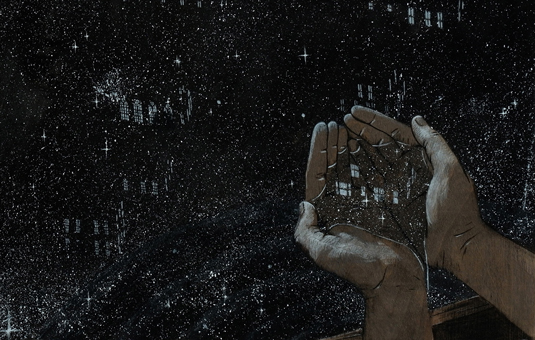